Am testing out the new D3s over the weekend thanks to Howard at Camera Electronic, mostly to check the increased high ISO sensitivity but also to check the reportedly increased AF speed. Here’s a quick focus test with Rosco as the subject. It’s partially to show the AF tracking and partially to have a laugh at the effect of gravity on a boxer’s face. 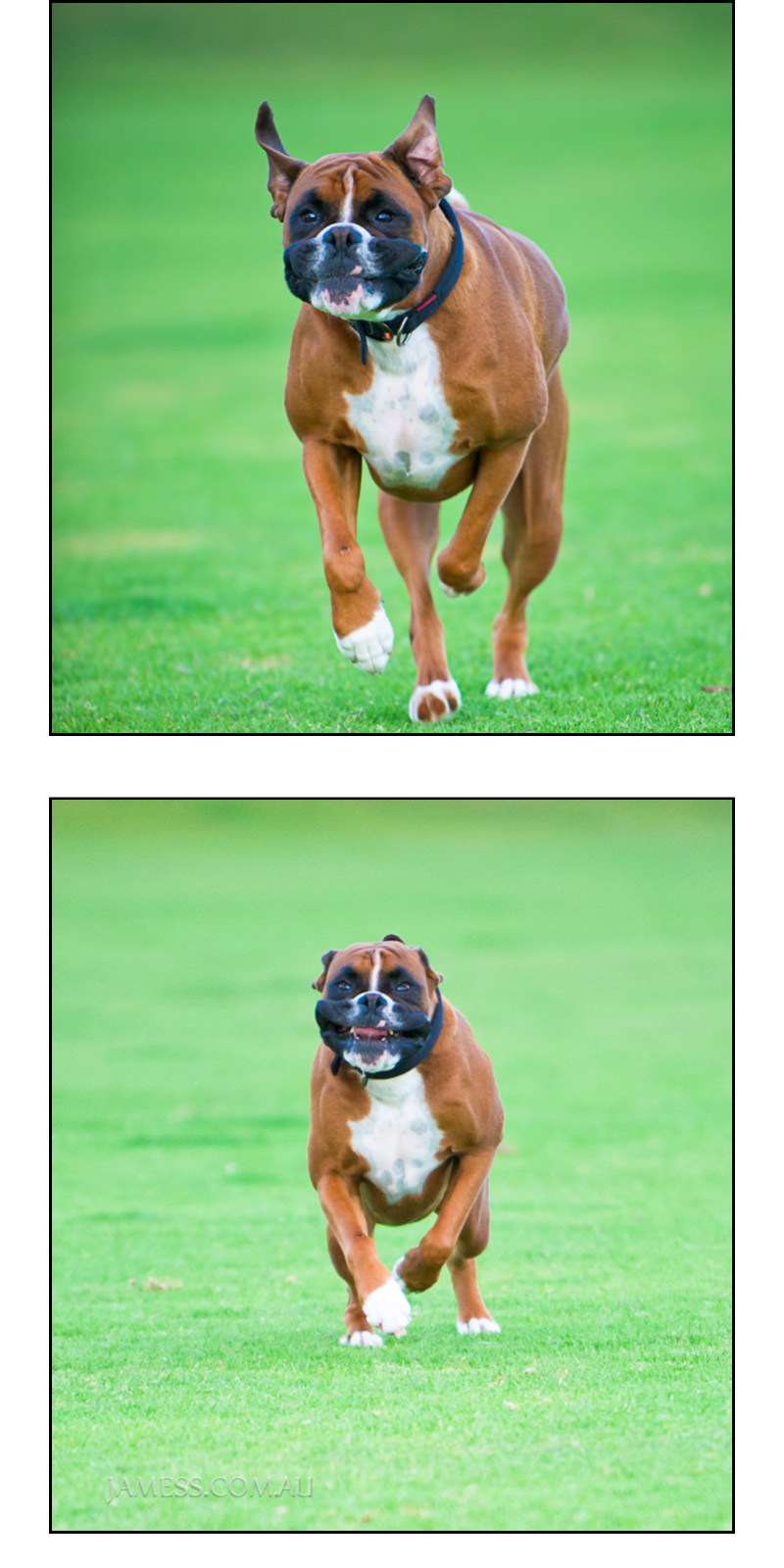 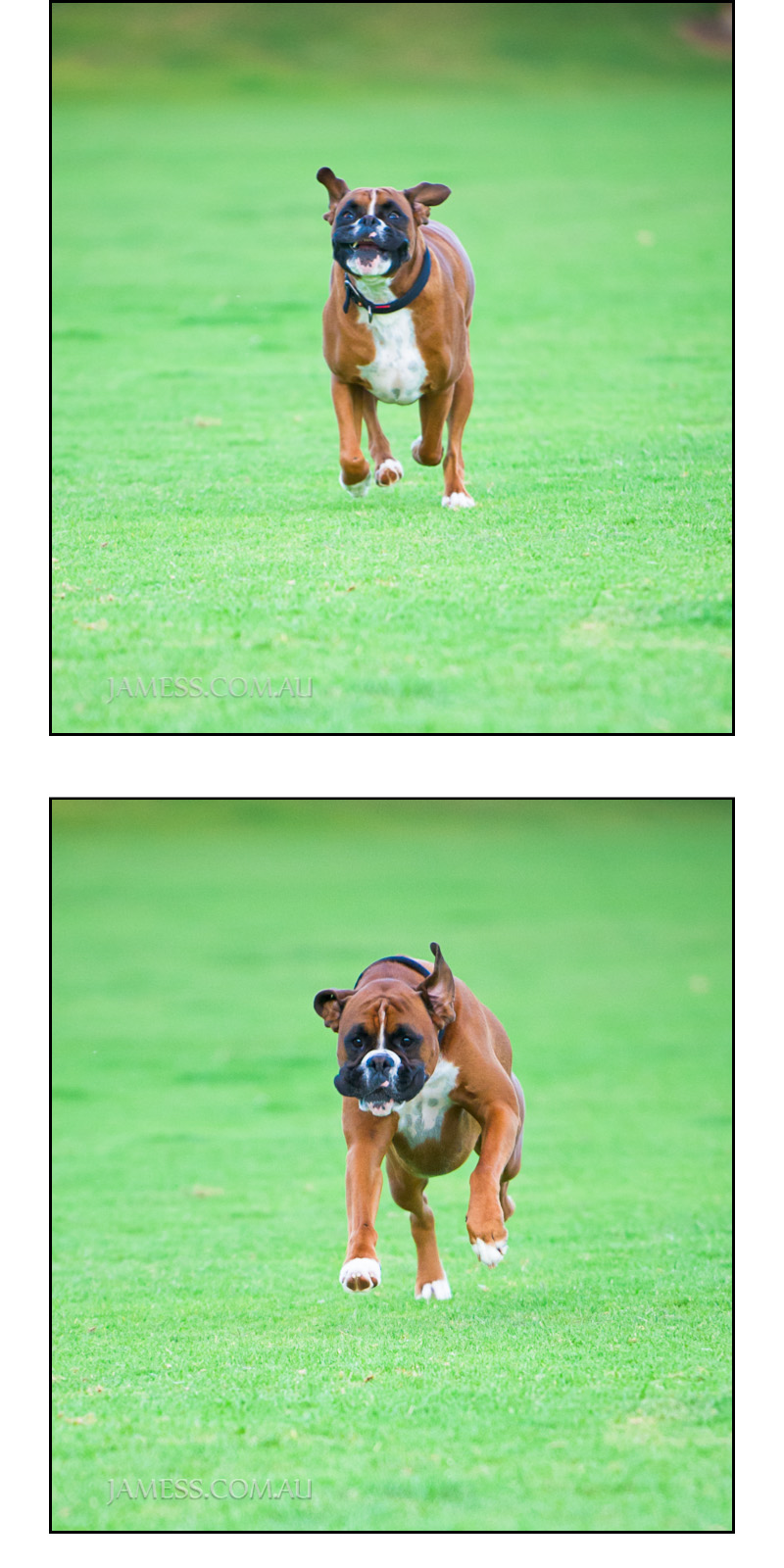 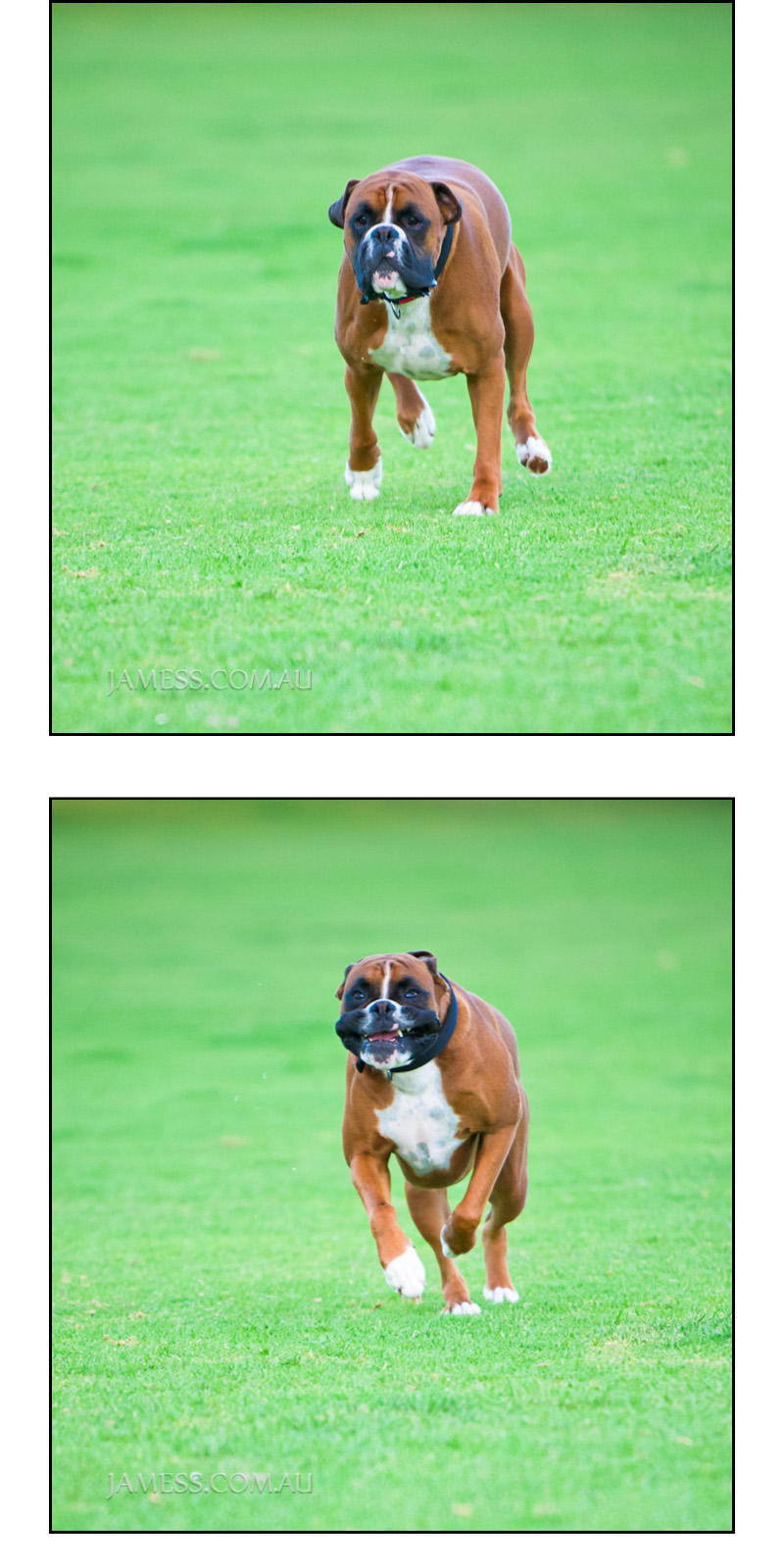 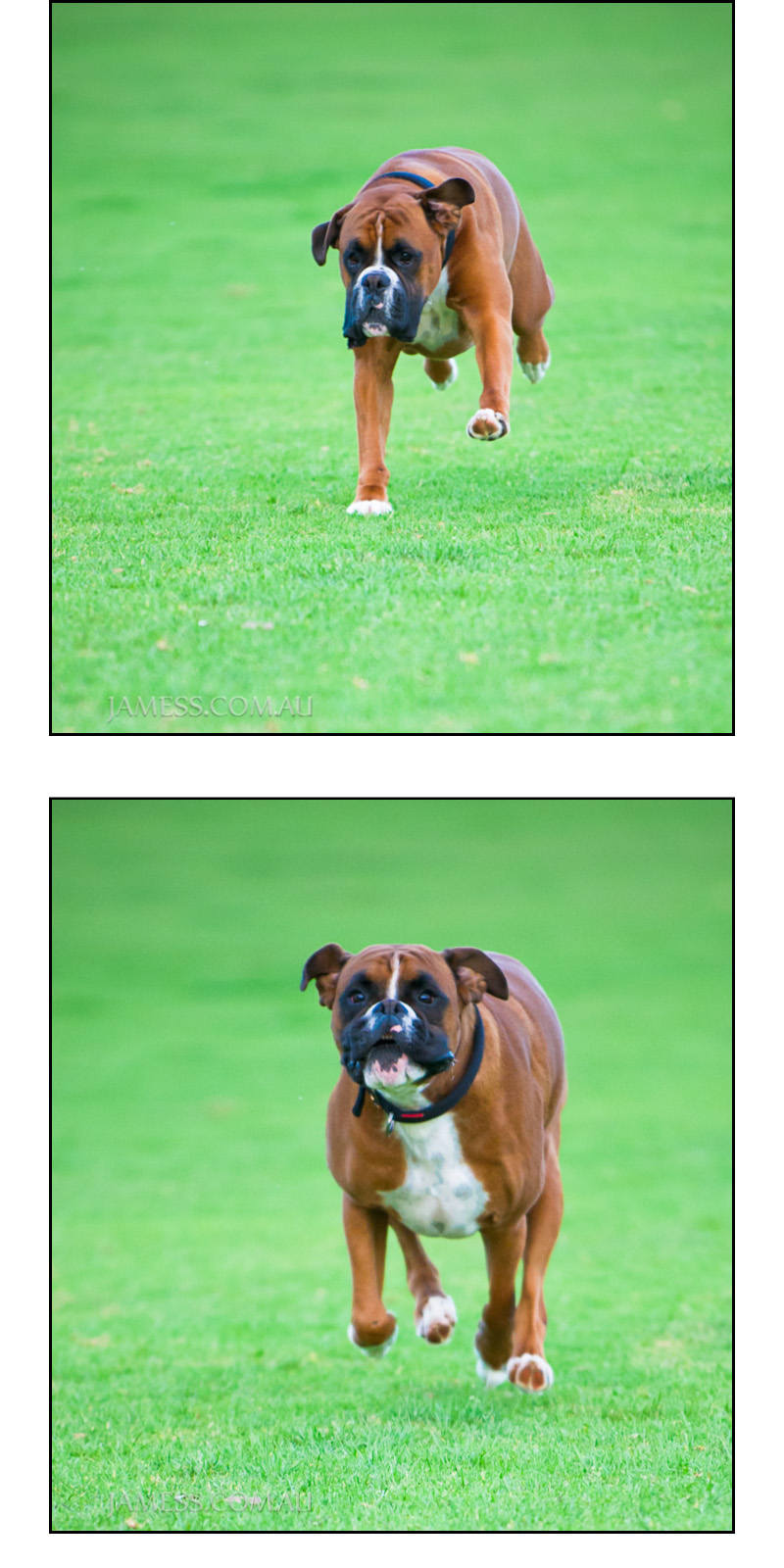 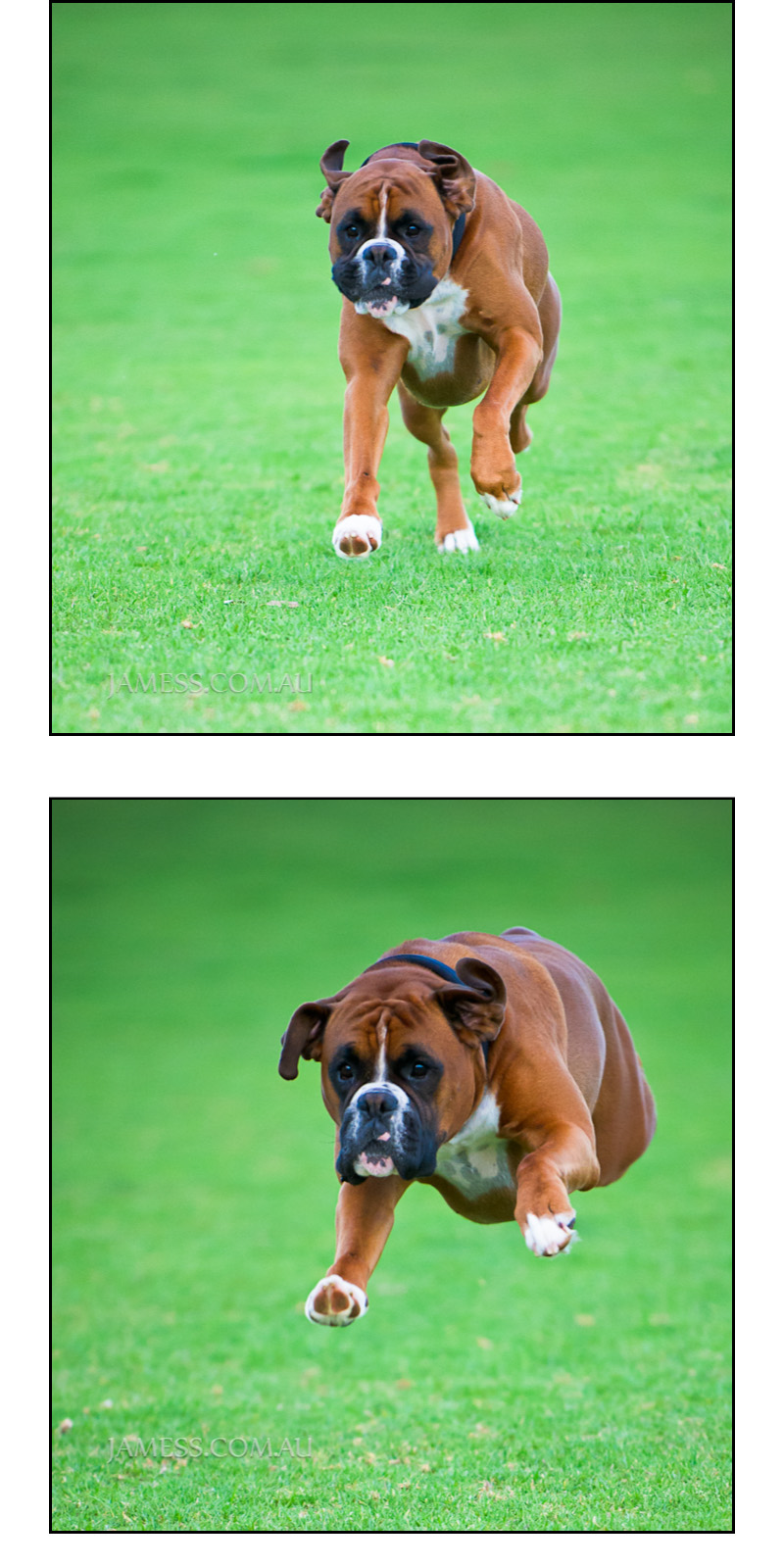 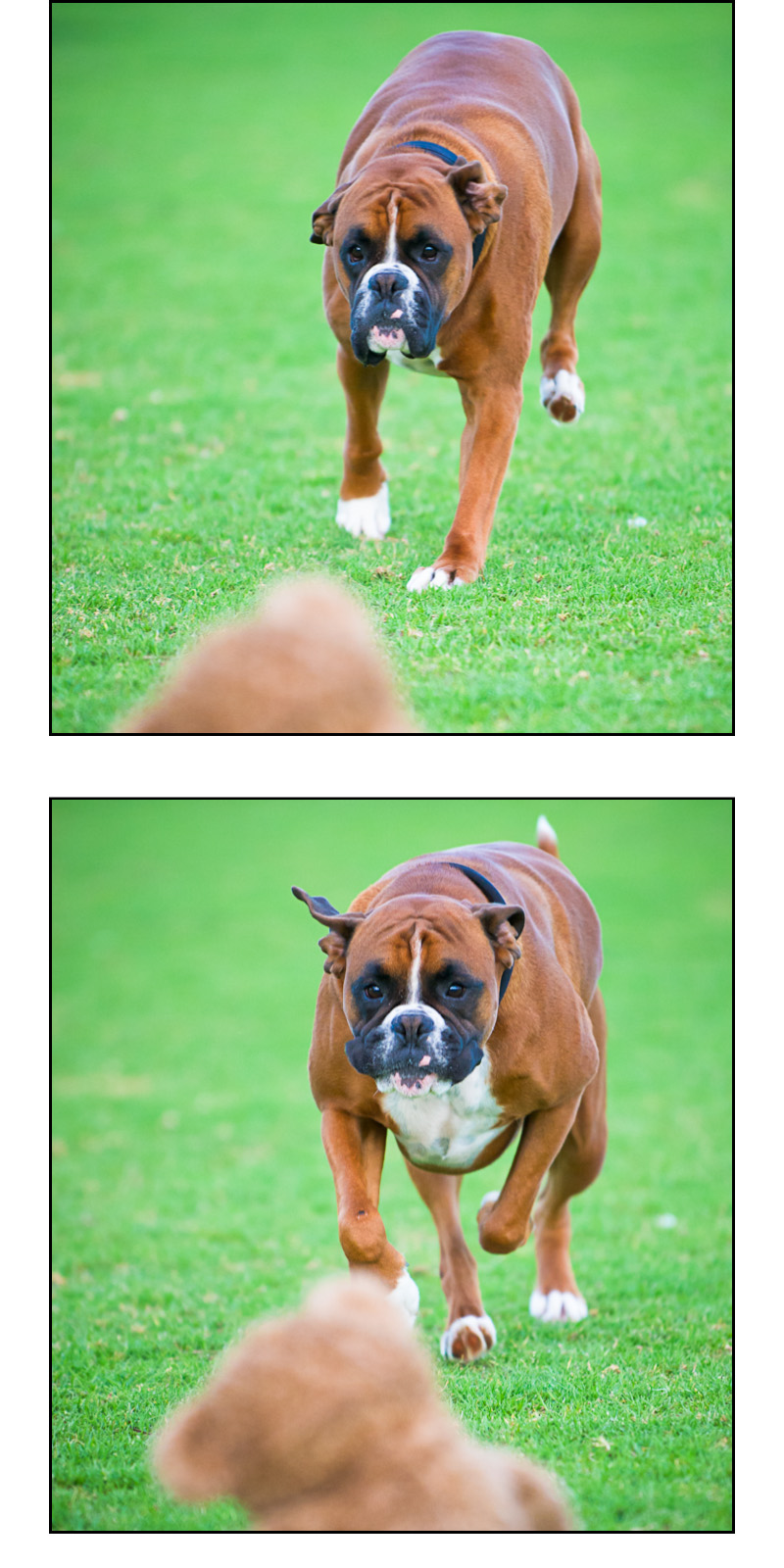 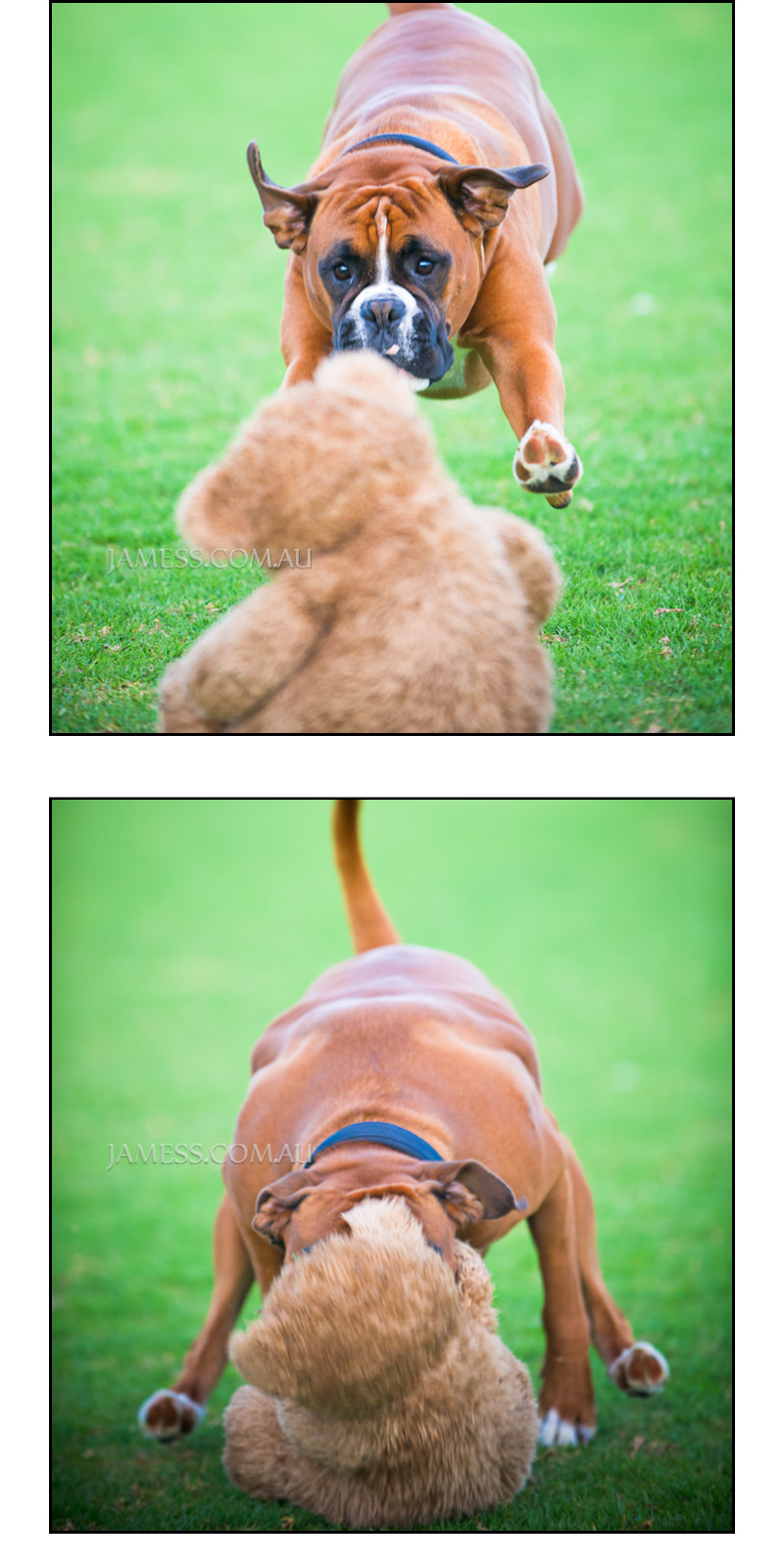